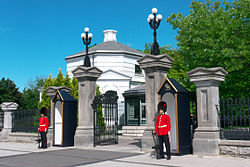 New Edinburgh
New Edinburgh is an affluent neighbourhood with a long history dating back to the early 1800’s. It was founded by Thomas McKay, one of the builders of the Rideau Canal lock system. He bought the land at the junction of the Ottawa and Rideau Rivers in 1829.  It is home to the Governor General of Canada's large residence and grounds, as is 24 Sussex Drive, official residence of the Prime Minister of Canada.
Where is it?

New Edinburgh is located to the northeast of the downtown core. It is bordered on the west by the Rideau River, to the north by the Ottawa River, to the south by Beechwood Avenue, and on the east by Princess Avenue, Lisgar Road, Rideau Terrace and Springfield Road. 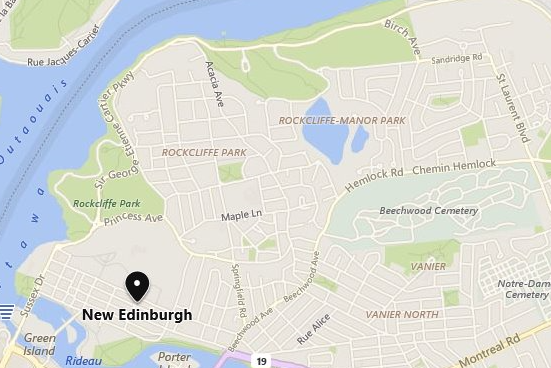 What Special about New Edinburgh?

New Edinburgh is a unique neighbourhood in many respects.  The fact that it abuts Rockcliffe park and the Governor Generals residence and grounds brings a certain level of sophistication to it. Over the years the neighbourhood has retained a good portion of its historically significant homes and buildings. For the most part the neighbourhood is know for smaller turn of the century homes with smaller lots.  If you are an accomplished renovator, and have a great vision, this may be the place to cut your teeth. The area has been a favourite of the high ranking foreign affairs staffers for many years. There has been some influx of condo development in recent years, but mostly low rise units.
The close proximity to the Governor General Grounds gives New Edinburgh a natural park like atmosphere. It also has the spectacular New Edinburgh park that borders the Rideau River to the south. 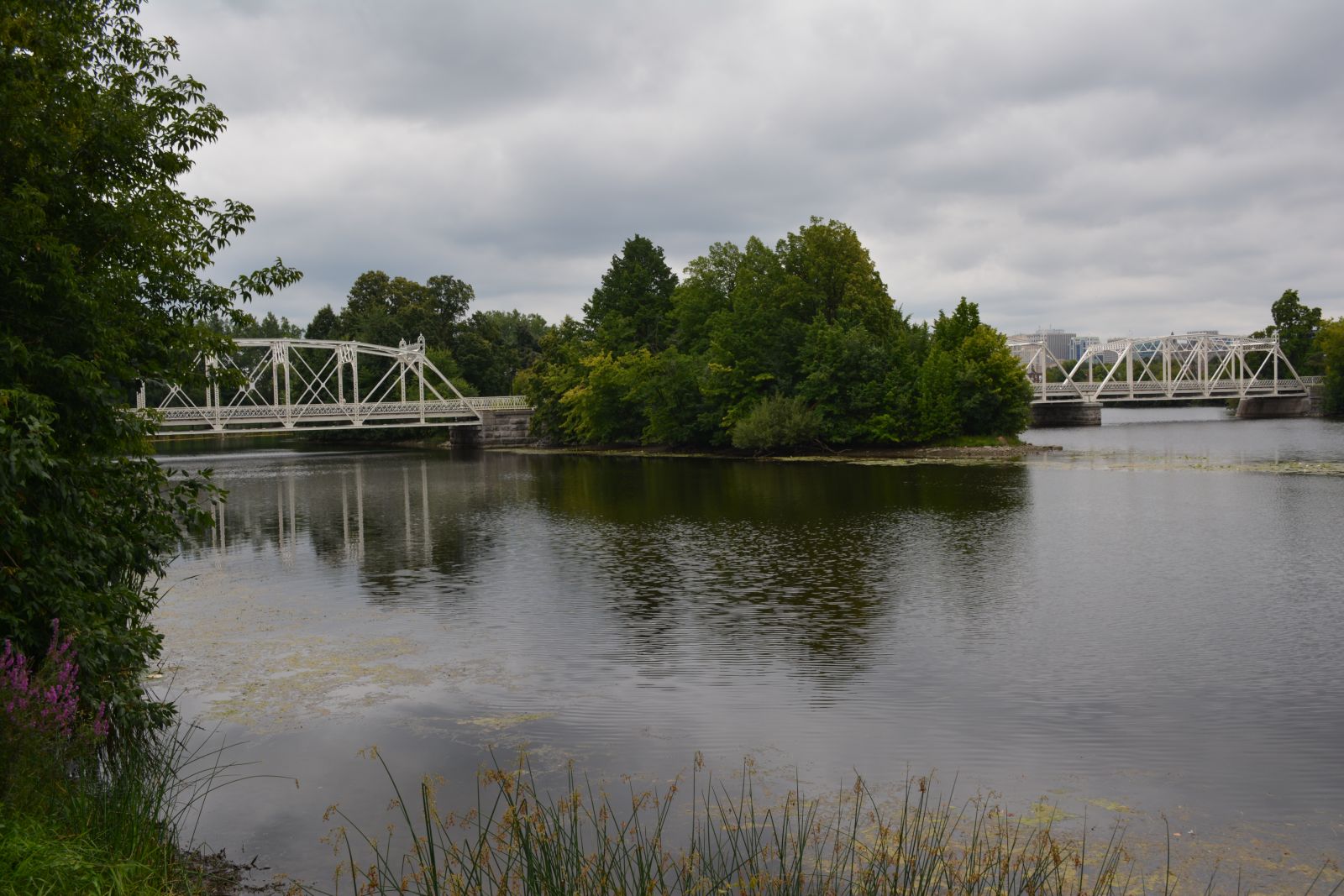 Lisgar Collegiate
What are some of the Favourites?
Catching a summer time cricket game on the Governor General grounds.
The architecturally significant wrought iron bridges crossing the Rideau River.
Watching the annual dynamiting of the Rideau River in spring to avoid localized flooding is fascinating.
Walking down to the bottom of the Rideau River falls as they drop over a hundred feet into the mighty Ottawa River.
Sunday service at the beautiful St. Bartholomew's Church on Mckay St.

Lindenlea is a quaint little community that most people coming to Ottawa would miss if they did not have a good Realtor. Lindenlea – New Edinburgh is bounded by Maple Lane and Princess Avenue to the north, and the Rideau Terrace and Acacia avenue to the south. The Lindenlea area was established in 1918 by urban planner Thomas Adams and is one of the first planned communities in Ottawa.
Where is it?
It is small community of very distinct homes sandwiched between Rockcliffe and New Edinburgh. It has a central community centre, tennis court, and community park with an outdoor hockey rink.  It is adjacent to Rockcliffe Park and steps to Ashbury College.
What Special about Lindenlea?
It is an extremely small neighbourhood with a very strong Community Association and strong community ties. It is close to downtown with good bus service to the core. It features mostly modest 2 storey and semi-detached homes.  Most of the homes were well built in a time where construction material was of a higher standard.  Although some renovation are typically needed to add the modern amenities like ensuite baths and larger kitchens.  Yet, it has all the elements that make for an ideal community to raise a family.
Local Schools

Some of the Favourites
The Annual Sleigh ride through the community at Christmas time.
Local shinny games with the kids in the communities outdoor rink.
Frazier’s café at the bottom of Springfield Drive.
The great sense of community that comes from a small neighbourhood.
The main square where the hockey rink is, is closely surrounded by homes all facing the park and create as very unique vibe to the area. 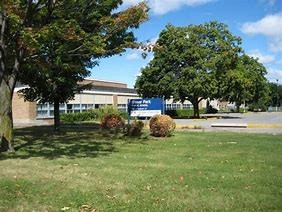 Manor Park is another small community in the Central East end with a great sense of Community.  It is an almost exclusively residential area, the great majority of its housing stock having been built in the late 1940s and early 1950s, by a consortium of five Ottawa area developers. It is well treed, with some notable white pines scattered throughout.
Where is it?
Its western boundary can be roughly defined as Birch Avenue, southern as Beechwood Cemetery, eastern as Aviation Parkway and northern as Ottawa River.
What Special about Manor Park?
Manor park has long been a great place to live. The post war homes that have been built on larger lots and quiet streets have enormous appeal to younger families. It’s a small close knit community surrounded by larger undeveloped tracts of land.  To the South of it is Beechwood Cemetery which provides a large land buffer but also allows limited road access to the area. To the east is Rockcliffe air base, which is only now finally being redeveloped and has only one access road. To the west is upscale Rockcliffe Park with limited to no through street access. To some that limited access is a blessing as it makes Manor Park a more exclusive community. To others it can be a little isolating. That being said, Manor Park has always thrived and has everything a smaller community needs to be a great place to live.  The local elementary school is an easy walk for all the local kids.  It also has an outdoor hockey rink and little league baseball league that is perfect for younger kids.

What are some of the favourites?
Having a local elementary school (Manor Park Public) is fabulous, as it ensures a very tight knit community where most every kids and parent knows everyone.
The fact that all the kids can walk to school every day is fabulous.
Having a local treat at the neighbourhood Dairy Queen is the perfect end to any hot summers day.
Direct access to the Aviation Parkway great place to bike with the kids.
A day at the Aviation museum is a great way to spend a cold winter day.
The nearby RCMP “N” Division where the Royal Canadian Mounted Police perform their world famous RCMP Musical ride is a must see for all Canadians.